← back to
Freude am Tanzen
Get fresh music recommendations delivered to your inbox every Friday.

Only Our Hearts to Lose 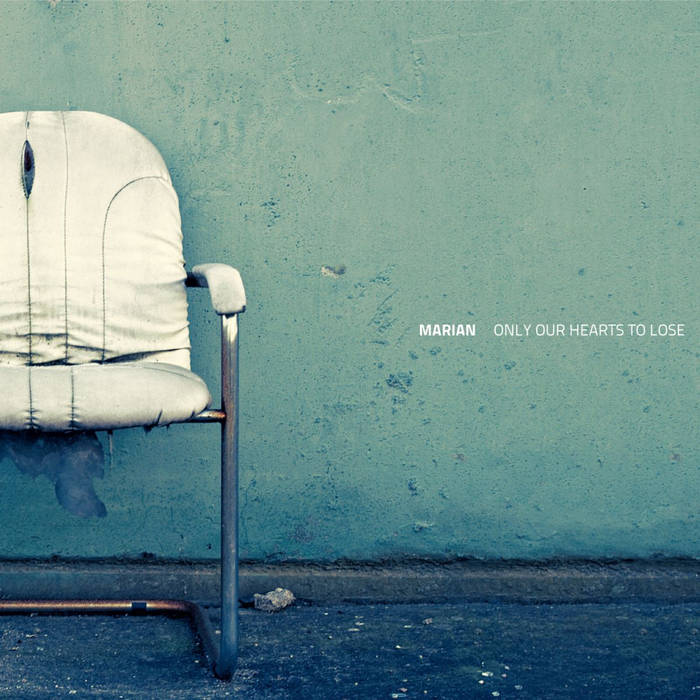 It seems lately that the techno world has opened a bit, allowing a fresh breeze from jazz, pop and vocals to blow through the window. At the same time it also lends to popular music a fine dose of electronic emotion. The longtime Freude-am-Tanzen artist Marek Hemmann is recognized since his first release at the beginning of the millennium as a great tone-romantic amongst the techno live artisans. That makes him at once a candidate for musical integration. This means in no way, shape or form that club compatibility and danceability stand apart, demonstrated by way of his releases as a soloist as well as part of the duo Hemmann & Kaden.
The typical Hemmann sound is a reduced, housy electro-sonic, often swinging, at times melancholic but always with a dreamy security set with rhythm accents. Club goers in all of europe know to cherish; just like remixes of colleagues from Oliver Koletzki to Trentemøller. in 2009 Hemmann released his long player debut "In Between", and with that he managed a broadening of electronic sound stories to album length.
In singer Fabian Reichelt Hemmann found a brother in spirit. Reichelt was for a long time at home in the acoustic scene, and had his start at 25 in the electronic realm. As a live vocalist he is in the house and techno area until now a rather exotic figure, and for that reason quite the man about town. He could, "set his hooray atoms in swing on command" said Mr. Reichelt of Mr. Hemmann at one time. Also, Mr. Hemmann is one - with powerbook always at the ready - with beats and click saimed, practically to take his public to sheer mania. Already with their first collaboration, the 2010 released Hemmann EP Left/Right, they landed a veritable summer hit.
As Marian in a duo united in harmony, this work is on the melodic combination of electronic-song essentially a continuation. The first album "Only our hearts to lose" is music that goes further than merely from the dancefloor to the bar. It is music, that allows space for your own thoughts, the stories are told and return classic song structures without sacrificing the unique aesthetic. Yes, it is pop music at it's best: electronic, melodic, driven and naturally suitable for the club. Marian grew up in the club and that happens to be the most fascinating place for the new pop. This is because here, the unholiest, dance-happy musical passion lives and a healthy portion of that which provides a direct answer to the specifics set about in beat and text-form. That said, it can only move for ward. In this way "Only our hearts to lose" is a nice, shining character between the club and the balcony, between a tender sunrise and the deepest dance night.

1. For you
a love song, oh yes and quite a song at that: from the deepest depths drones a sub bass to the surface working it’s way,
caressed from cello sounds and finally dissolves in a bitter-sweet mid-tempo house dance.

7. Empty Room
The tempo picks up, the jagged, nervous house beats compete with the vocals, adding and slinging together in a fine complexity and designing a faintly heard but definitely perceptible stomach churning bass of a many colored painting with an abundant dose of head banger quality.

8. You & Me
a song built completely from repetitive hammers that literally beat on a kettledrum: driving, droning in the second half with synthy sounds on a classic 80’s electronica and vocal aesthetic.

9. Clouds
a completely typical, swaying, quick hemmann sound, over a hacked-clear house rhythm that builds incognito a phalanx of instruments from bongos to tambourine but reduced and distinct, repetitive, building in strokes and together with reichelts voice wonderful like a spring morning.

10. Someone
reichelts melancholic, stretching voice dominates this song melted with synthies, driven from a mid-tempo beat, from plucked guitar staccato and the warm melodic bass.

11. Nothing
a great dub epic to conclude, which from super deep, cracked and broken sub bass slowly but surely lifts in dusky melodies, with crinkling hi-hats and reichelts multifaceted melancholic voice from the depths of space.

One of the first who smelled the raising breezes was the long lasting Freude-am-Tanzen-Artist Marek Hemmann. He started to work with this tones in his releases as well as in the duo Hemmann&Kaden.
Together with vocalist Fabian Reichelt, who finally arrived after a long acoustic trip in the electronic music section with 25, Marek Hemmann is discovering new ways of musical integration since 2010 ... more

Bandcamp Daily  your guide to the world of Bandcamp