← back to
Freude am Tanzen
Get fresh music recommendations delivered to your inbox every Friday.

Only Our Hearts to Lose (Remixes) 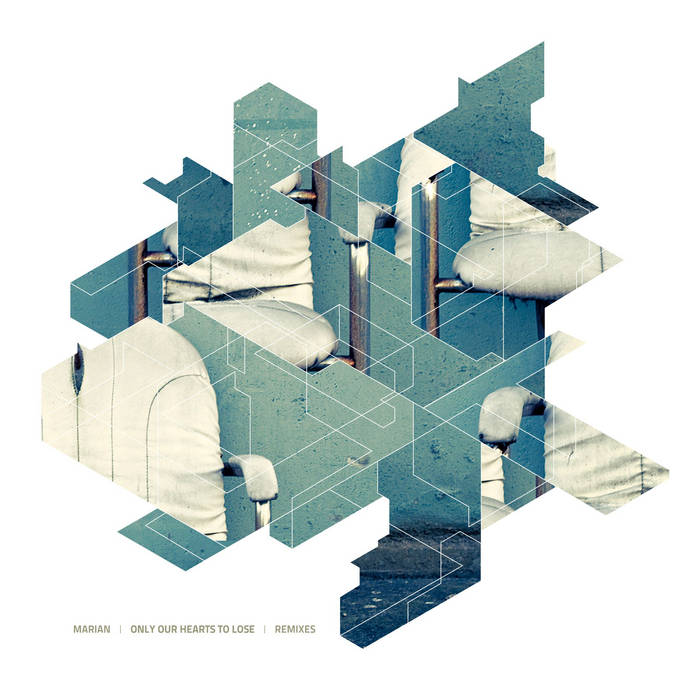 In June 2011 the house producer Marek Hemmann and the Singer Fabian Reichelt released their first album to the masses on Freude Am Tanzen. Only Our Hearts to Lose was one of the first markers on the way these two were headed they began with the street-sweeper single "Left/Right": the synthesis of pop and club, the melting of Marek Hemmanns singularly fine austere tech house and Fabian Reichelts lyrics. The results couldn't be disputed and even more appreciated, yet still not quite every techno fan could quite feel this flyer from their favorite DJ in strange (quite pop) clothes. Perhaps not everyone trusts themselves to just say to themselves: bring the pathos, the feelings and the melting voice because it just has to be! At the same time in the club context, because as they both are of the opinion that there is the most thrilling place for modern songwriting. Where else can you find the fundamentally excited and music loving bunch in one place? Where else can an artist drop his 'hurray' atom-bomb on the masses and drop it on the one? Thus, 'Only Our Hearts To Lose' presents a shimmering, beautiful being in the club and the balcony, between a tender sunset and the deepest part of the nights dance.


Exactly that is the reason that the colleagues take this being and bring it back, where Marek Hemmann as well as Fabian Reichelt began: on the dance floor. The remix palette encompasses a veritable all-star team of the current Freude Am Tanzen lineup, from the veteran FAT partner Douglass Greed and Mathias Kaden as well as the surrounding electro aficionado groups like Klinke Auf Cinch and Marbert Rocel up to the newest folks on the roster like Jesper Ryom from Denmark or the Polish DJ Mauryc Zimmerman aka Mooryc. The line-up is expanded by known-hands and always happily expected faces from the great club landscape: the Weilheimer sonic-pope Console honors the Marian-RMX-Release all the same as Mr. Ruede Hagelstein who for a long time from Berlin has put his stamp on the genre of reduced, minimalistic electro sounds.

Eight frank personalities of course bring about eight highly variant sounds. So from the unified Marian electropop jewel there is a teeming garden of sounds that spring forth, where one can catch a view of the most variant genres. The deep club sound from Mathias Kaden, quirky house from Douglass Greed up to and beyond the atmospheric swaying of Console. Every song brings a new side of the Marian showcase to sparkle, and combines it with the unique signature of the remixer. This can also be heard on the balcony or a tender sunrise. The best place to hear it however is with the nice folks on the dance floor. This is where a remix album belongs, and there Marian is right at home where he belongs.

A1. Letter (Mooryc Remix)
Mooryc makes from Marian's jazzy orb a smooth, melancholic song for the epilogue of the night, underscored with deep, mid-tempo bass and a repeating piano. Hall acoustic and shuffling groove takes care for an atmospheric danceability.


A2. For You (Marbert Rocel Remix)
The former love song has dissolved into a jagged-laconic house track. It still is concerned with love, but Marbert Rocel lays the cracked and shortened vocals over a ribald-working house scaffolding and from a plucked e-bass the dance is served up nicely.


B1. Someone (Douglas Greed feat. Kuss Remix)
Douglass Greed spins this smooth, melancholic song completely around: over a completely typical Greed. Fat-styled quirky house beats and Fabian Kuss (who reworks the vocals completely new) fashions a melancholy voice stretched out like from a lonely robot with repeating loops providing the whole with a distantly rich, almost extra-terrestrial, machine flair.


B2. Passengers (Jesper Ryom Remix)
Ryom accelerates the formerly pulsating ambient house a little bit, making it crispier, a little less spacey and thrusts upon it his at first reduced, trancy, basic sentiment which in the course of the track comes to a snappy synthie-house ditty.


C1. Left (Ruede Hagelstein & The Noblettes Interpretation)
Mr. Hagelstein along with his band The Noblettes takes on Marian's debut, the dance floor breaker "Left" and takes it apart only to build it back together completely new: as an Acoustic version! With an endless guitar beat, classic percussion, sax hits and even a bonified backing choir. Brings a powerful sunshine to the dance floor.


D2. Nothing (Klinke Auf Cinch Remix)
Klinke Auf Cinch lifts the dub-track to a challenging epic: with a driven extraordinarily deep sub-bass, and bleak yet beautiful Detroit organs, crackling hi-hats and an apparently endlessly accelerating round of synthesizers.

One of the first who smelled the raising breezes was the long lasting Freude-am-Tanzen-Artist Marek Hemmann. He started to work with this tones in his releases as well as in the duo Hemmann&Kaden.
Together with vocalist Fabian Reichelt, who finally arrived after a long acoustic trip in the electronic music section with 25, Marek Hemmann is discovering new ways of musical integration since 2010 ... more

Bandcamp Daily  your guide to the world of Bandcamp